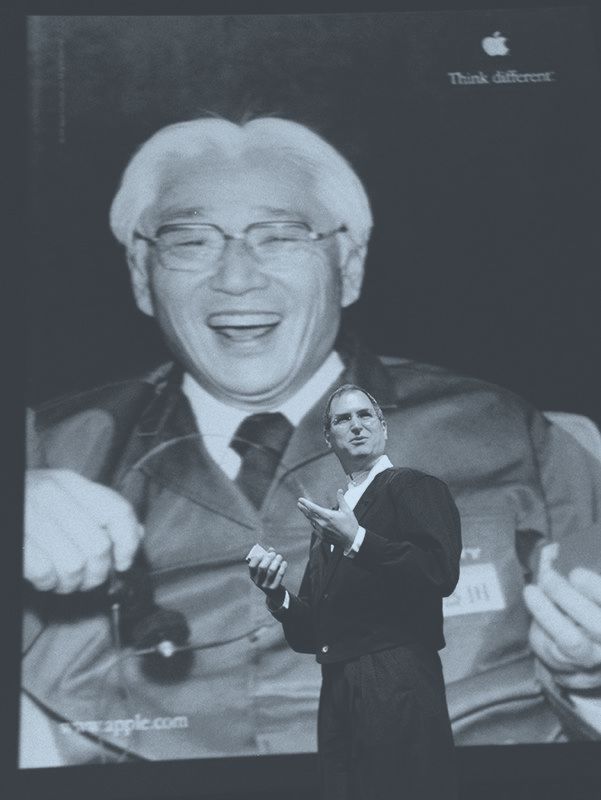 At the start of every successful venture is an origin story. It often involves many people but only a few names ever get mentioned. Why? It’s because the sweat matters more than the idea and enthusiasm. Everyone has a house but to become a property developer or a real estate tycoon requires a lot of sweat, passion and a great business instinct. Sweat still matters most. The ability to get things done matter tremendously at the start of every venture. Everyone makes contributions along the way to a company’s success but leadership matters and having a strong founder to steer any endeavour in the direction of progress requires a lot of conviction, perseverance and emotional commitment.

I’m always fascinated by the strong partnerships in the film industry. If a film is successful, you’ll find that the same crew would continue to work together, especially the director, cinematographer, music composer and the actor/actress — sometimes together with the writer as well. Writing is a very lonely exercise, but a shoot must be collaborative to create a great film. Sometimes, to the point of being mechanical. The collaborators have strong chemistry, they understand each other extremely well. It is not a coincidence that Wong Kar Wai, Chris Doyle, Tony Leung and the late Leslie Cheung work with each other again and again. Wes Anderson has Owen Wilson and Robert Yeoman. The actor and cinematographer believed in him from the early days of Bottle Rocket and continue to do so. There’s so much we can learn from the film world so let me elaborate further about the story of the mythical founder.

We often praise founders while ignoring the contributions of early employees or great executives who have contributed to build the company into the behemoth that it ends up being. Walt built the Disney brand but it was his brother Roy who helped to keep it from going bankrupt, time and time again. Then there was a dark period until Michael Eisner and Jeff Katzenberg rescued it from further demise. Bob Iger eventually turned it around into the creative conglomerate that Disney is now. The same can be said for CAA. What started out as a small startup operated by Michael Ovitz and Ron Meyer, transformed into a powerful Hollywood agency, now managed by their protégés. Yet, we tend forget that Ovitz once was a mailroom apprentice from William Morris.

Sometimes a company grows so fast and so big that the founder must let go of control for the right person to lead it. Perhaps, the greatest story of a company or a nation is to see an apprentice you’ve nurtured for so long finally transform into a leader — and then lead the company to its greatest height. This was the story of Sony. If I can rewrite a version of When Harry met Sally, I’ll turn it into when Akio Morita met Norio Ohga. Every mother wants to see her child climb to great heights. And great leaders want the next generation to be better to keep the company moving forward. Isn’t it a beautiful story that a black Kenyan man’s son ended up being the President of the USA?

The greatest love is of a parent. Where else do we see so much investment and unconditional love? In the past, it might have been for insurance purposes in old age — but now we do it for what? For legacy. When an employee leaves a company, most leaders let them go without question or care. Great founders will wish them well, leave a door open for them to return and even give them some capital — exactly like how parents would respond when their children leave home. I’m not sure if David Shaw invested in Amazon but if he believed in Jeff Bezos like Bezos’ parents did, he’ll be even more wealthier and more famous…but most ordinary people haven’t heard of David Shaw. Nevertheless, the best thing that Shaw did for the world was to let his best employees go and boy, they really go far! The best for himself would be to invest in them — just like Larry Ellison invested in Marc Benioff when he decided to leave Oracle to start Salesforce.

Yet, it’s not all smooth sailing, sometimes the ambition and challenges are so large that it’s easy to hit rock bottom. Sometimes, we can only look back in hindsight and make sure we learn lessons for the future. An author who compiled advice once asked Hugh Jackman what would he say to his young self, he replied: ‘Invest in Google at IPO!’ While that’s very wise advice, I prefer to bite-into Apple back when it was almost close to bankruptcy and Steve Jobs was on the eve of returning as interim CEO. Thankfully, there were remnants of General Magic in Apple — a project-turned-company which was started by a few creative minds in the original Macintosh team that Apple later spun out. General Magic didn’t succeed but it nurtured the apprentice, Tony Fadell, who took the ideas and learnings from General Magic back to Apple and contributed to what would eventually become the iPod and the iPhone. Products that transformed Apple from a near-bankrupt computer manufacturer to a trillion dollar multinational enterprise.

There’s a lot of mythology in the origin story of a founder. Anything that’s profoundly successful requires a strong collaborative team, even across generations. At the end of the day, the founder origin story doesn’t matter so much as we are led to believe because the world is dynamic and we are easily forgotten. What matters is building a great company that is resilient enough to stay through business cycles or if you’re Lee Kuan Yew — a nation that remains independent through tough times. Finding success across generations is hard because it requires every generation to have great leaders and great teams to keep the wheels of capitalism turning. The greatest legacy then, is to create and build a great family as that’s something founders would have more control of. Being a great parent matters a lot, a famous family line started from Thomas Cornell, whose descendants include Amelia Earhart, Jimmy Carter and Bill Gates. There is also Genghis Khan, whose grandchildren and descendants once ruled the greatest lands on earth. We don’t remember Thomas or Genghis as much but we remember what their descendants had achieved. But what is the secret to becoming a great founder, parent or president? I think it is to become a good human being first and foremost. To be known for kindness, generosity and resourcefulness. And that my friend, is legacy.